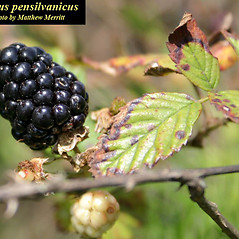 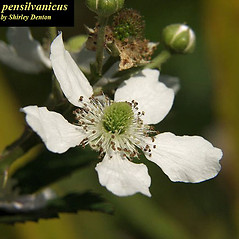 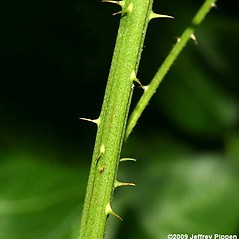 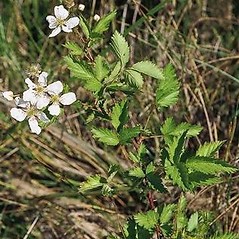 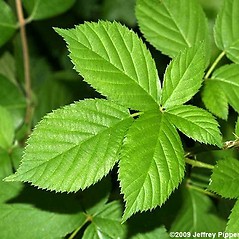 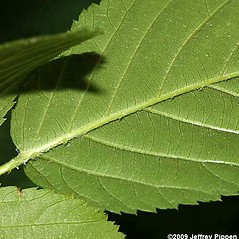 Yes and no (some introduced)

5×22. Rubus canadensis × Rubus pensilvanicus → This rare blackberry hybrid is known from ME, NH. It is marked by stems with sparse, thin prickles that number 0–7 per 10 cm. The leaves closely resemble those of Rubus canadensis but have sparse to moderate pubescence abaxially. The raceme axis is densely (rarely only moderately) pubescent.

11×22. Rubus enslenii × Rubus pensilvanicus → This very rare blackberry hybrid is known from NH. It is marked by primocanes with arched to trailing habit, primocane leaflets numbering 3–5 and sparsely pubescent abaxially, stems with sparse, thin, slender prickles, 1- to 5-flowered inflorescences up to 8 cm long, and pedicels 2–6 cm long that lack stipitate-glands.

22×25. Rubus pensilvanicus × Rubus recurvicaulis → This rare blackberry hybrid is known from ME, NH. It is marked by low-doming primocanes that are armed with relatively slender, straight to slightly curved prickles, leaflets that are sparsely pubescent abaxially, and a variable inflorescence (but always without stipitate-glands).