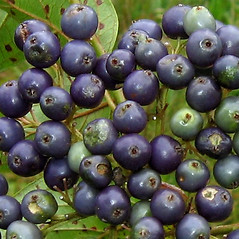 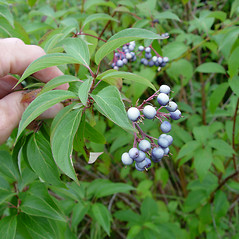 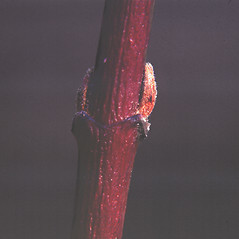 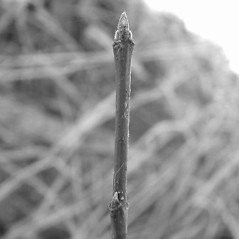 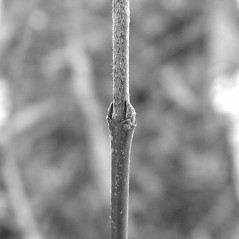 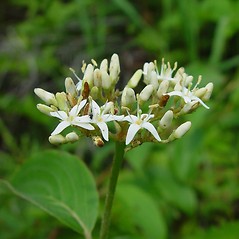 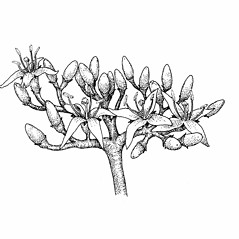 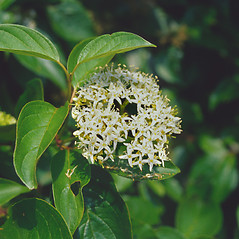 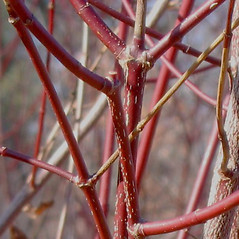 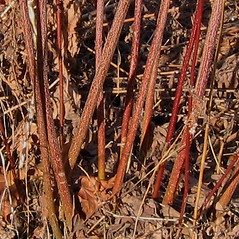 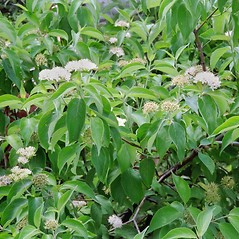 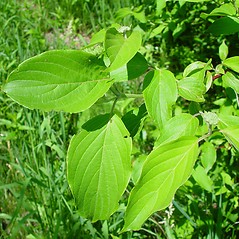 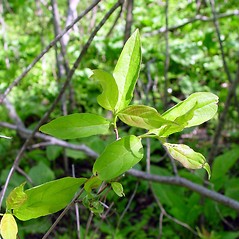 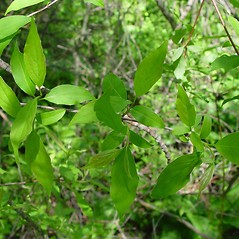 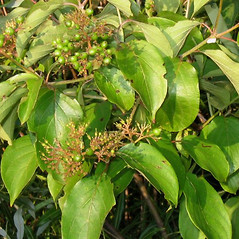 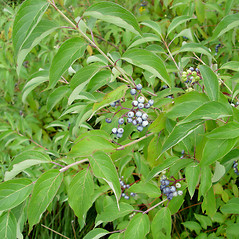 Look for small hairs on the new, reddish twigs and flower buds of silky dogwood. Snap a twig open and note that the pith is dark brown. This shrub has a rounded crown and can spread rapidly by suckering. Birds eagerly consume the blueish fruits.

Bud scale number
there are two scales on the winter bud, and their edges meet

1a.  Leaf blades mostly 6–12 cm long, ovate to broad-elliptic, 1–2.2 times as long as wide, subtruncate to rounded at the base, with 4–6 pairs of lateral veins, green and usually non-papillose on the abaxial surface, with white or, more commonly, red-brown pubescence   … 2a. S. amomum var. amomum

1b.  Leaf blades mostly 6–9 cm long, lanceolate to narrow-ovate-oblong, 2.2–4 times as long as wide, cuneate at the base, with 3–5 pairs of lateral veins, usually white and papillose on the abaxial surface, with white or, only rarely, red-brown pubescence   … 2b. S. amomum var. schuetzeana (Raf.) A. Haines

2b×3.  Swida ×‌arnoldiana (Rehd.) Soják is a very rare dogwood hybrid known from  the Arnold Arboretum in MA, where it originated spontaneously. It was described as being rather similar to Swida racemosa but with red-purple winter branchlets (instead of gray).