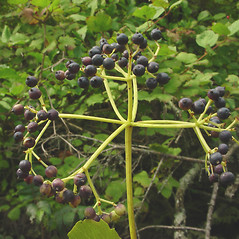 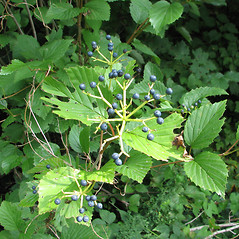 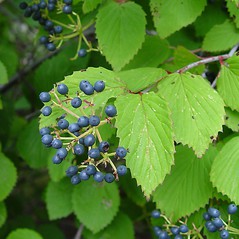 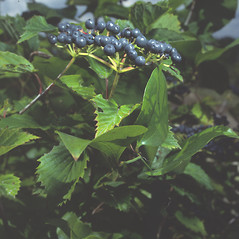 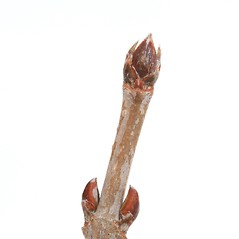 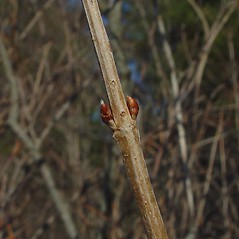 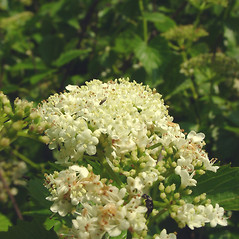 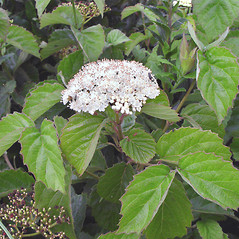 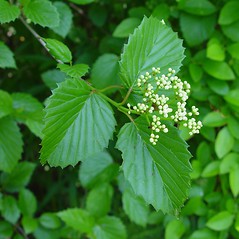 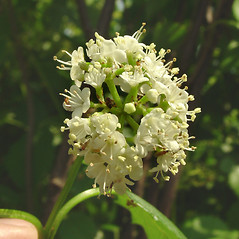 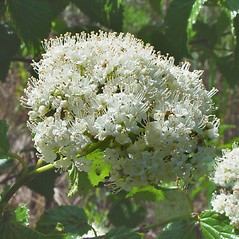 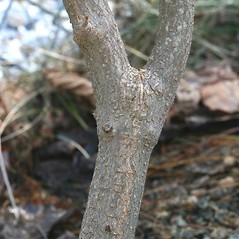 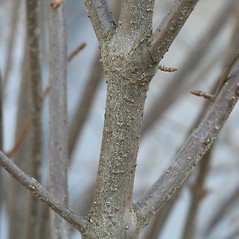 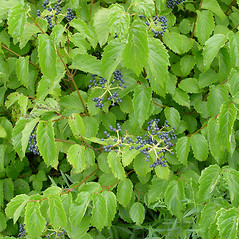 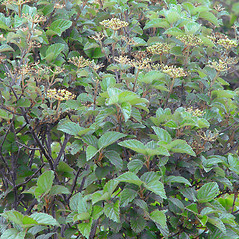 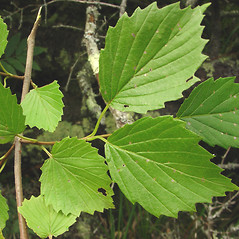 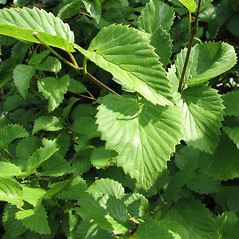 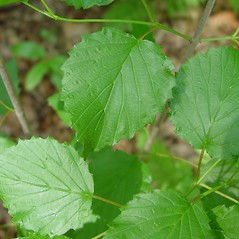 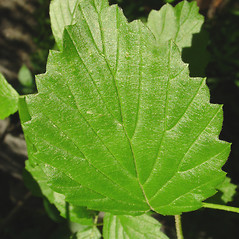 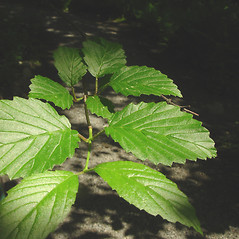 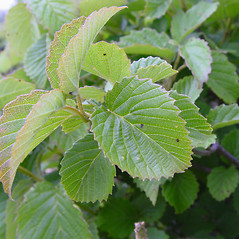 Native Americans reportedly used the straight stems of smooth arrowwood for arrow shafts, hence the common name. The toothed, triangular leaves are also shaped somewhat like an arrowhead. Smooth arrowwood grows adaptably in a range of conditions and is sometimes planted as an attractive hedge, noted for its creamy white flower clusters and its pearly blue fruits.

smooth arrowwood. 2a. Viburnum recognitum Fern.; 2b. V. dentatum var. pubescens Ait.; Viburnum scabrellum Torr. & Gray ex Chapman var. venosum (Britt.) McAtee; V. venosum Britt. • CT, MA, ME, NH, RI, VT. Swamps, stream banks, mesic to xyric sandy plains and woodland borders. The names of the races within  this complex have been thoroughly confused and are called differently by various authors  (i.e., the names have been misapplied). Therefore, one needs to examine the characters used to identify the different taxa in order to sort out the synonymy in various manuals.

1a.  Abaxial leaf blade, petioles, and peduncles glabrous (at most with some simple hairs in the axils of the leaf blade veins); hypanthium eglandular … 2a. V. dentatum var. lucidum  Ait.

Variety lucidum is known from CT, MA, ME, NH, RI, VT. Variety venosum is known from MA, RI. Viburnum dentatum var. dentatum has been reported from CT, MA, and ME by McAtee (1956) and others. All specimens seen by me were either var. lucidum or var . venosum. McAtee noted that some plants of var. lucidum from well beyond the main range of var. dentatum were “setulose” on the adaxial surface. These plants bear only simple hairs on the leaves but, due to a letter left by McAtee in the collections at the Harvard University Herbaria, became the basis for V. dentatum var. deamii (Rehd.) Fern. in MA and ME by Seymour (1982). Seymour also followed Fernald (1950b) in treating var. venosum as synonymous with var. dentatum. It is currently unknown whether or not true V. dentatum occurs in New England. It is clear that most of the reports to this fact are based on confused synonymies and the voucher specimens are either misidentified or determined only to the level of species (and actually represent a variety other than the typical one).