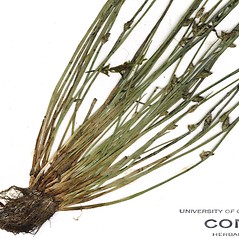 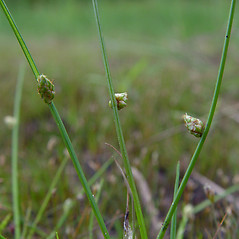 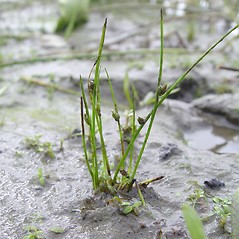 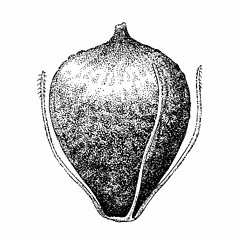 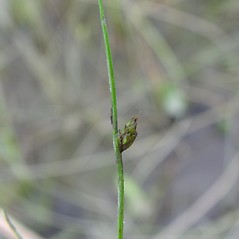 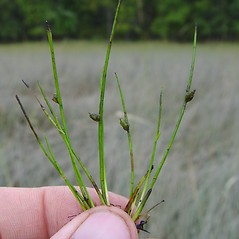 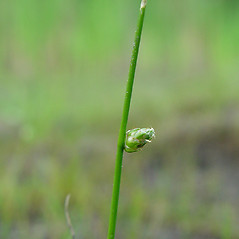 Smith's bulrush is found on sandy lake and river shores in all New England states. There are three varieties, two of which occur in habitats with great daily or seasonal water fluctuations, while the third is found in habitats with little change in water levels. Smith's bulrush was named for its discoverer, Charles Eastwick Smith (1820-1900), a member of the Academy of Natural Sciences of Philadelphia.

Fresh tidal marshes or flats, shores of rivers or lakes

Fruit type (general)
the fruit is like a seed, and surrounded by scales

Schoenoplectus hallii:
leaf-bearing nodes basal and one on the stem and achenes with prominent, transverse, wavy ridges, almost always lacking perianth bristles (vs. S. purshianus, with leaf-bearing nodes confined to the very base of the stem and achenes pitted to nearly smooth, with or without perianth bristles).
Schoenoplectus purshianus:
fruits pitted on the surface and rounded near the base and floral scales with a distinct midvein (vs. S. smithii, with fruits obscurely pitted and tapering at the base and floral scales lacking a distinct midvein).

1b.  Perianth bristles present, shorter than to twice the length of the achene