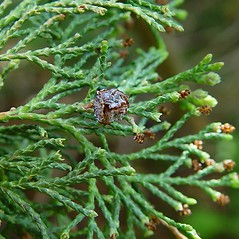 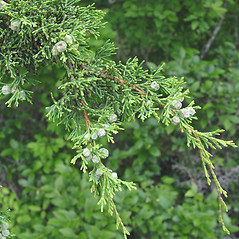 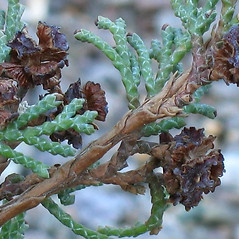 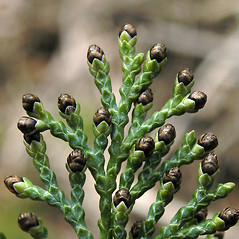 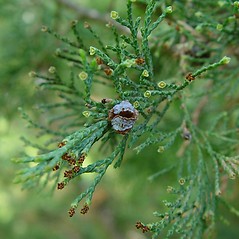 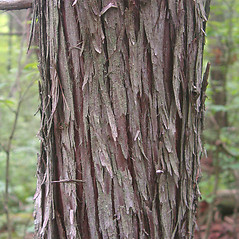 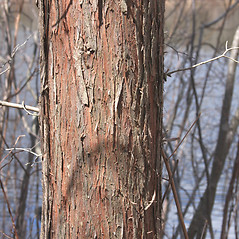 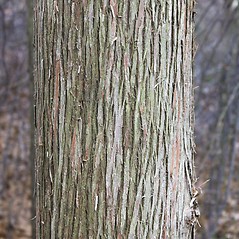 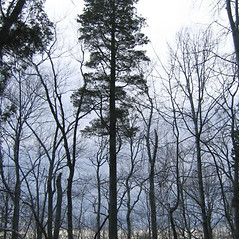 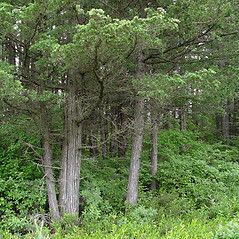 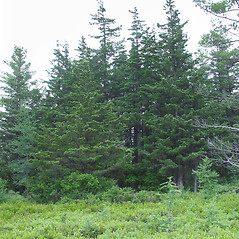 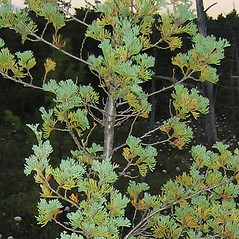 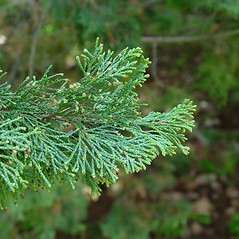 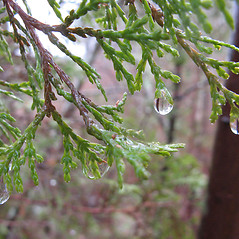 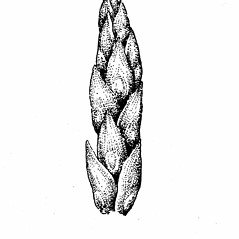 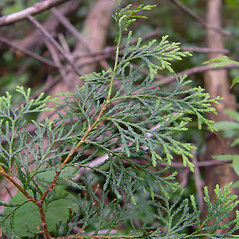 Atlantic white cedar, with its fissured, fibrous bark, thick trunk, and broad base, once dominated virtually impassable swamp forests of the coastal plain. As those swamps have been drained, converted to cranberry production, and mined for bog ore, these large stands have waned. Despite the fact that it mainly inhabits wet peatlands, Atlantic white cedar benefits from periodic fires, which promote seed germination and establishment. The light, water- and rot-resistant wood, that weathers to a silvery-brown hue, has been commonly used for shingles as well as posts, telephone poles, barrels, and other structures that need to withstand weather without the protection of paint. Miniature cultivars, bearing little resemblance to this majestic tree, are widely sold for planting.

Leaf form
the leaves are scale-like

Leaf arrangement
there are two needle-like leaves per node

Leaf clustering
the needle-like leaves are single, with two per node