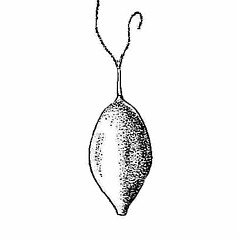 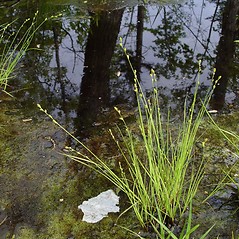 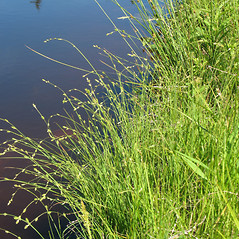 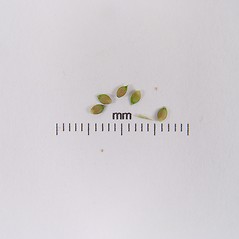 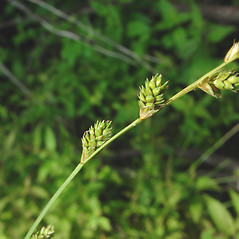 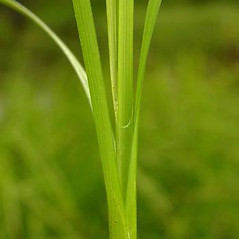 The densely flowered spikes of hoary sedge resemble small pinecones. There are two subspecies in our region, Carex canescens ssp. canescens, and C. canescens ssp. disjuncta, the second having a longer inflorescence with the spikes more widely spread.

1a.  Inflorescence 3–5 (–7) cm tall; most spikes (except for the lowest 1 or 2) approximate to one another or separated by short internodes, the lowest internode mostly 10–20 mm long; reproductive stems 16–60 cm tall … 70a. C. canescens ssp. canescens

70×71. Carex canescens × Carex mackenziei → Carex ×‌pseudohelvola Kihlm. is a rare sedge hybrid that is known from ME.  It is similar to C. mackenziei in that the carpellate scales ± equal the perigynia and cover them. However, the hybrid differs from that species in its scabrous upper angles  of the stem and the carpellate scales that are weakly tinged with red-brown.