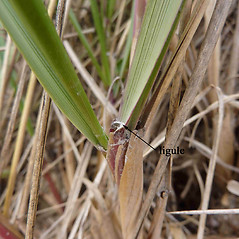 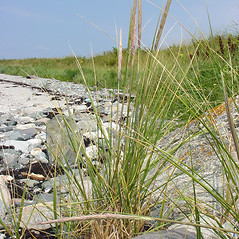 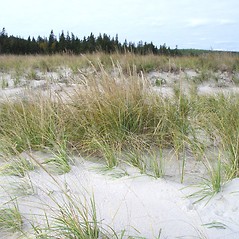 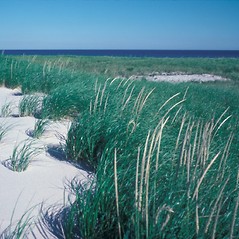 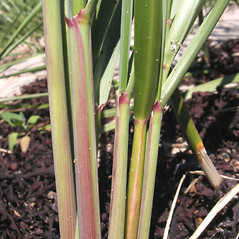 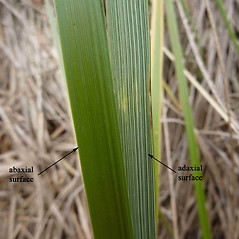 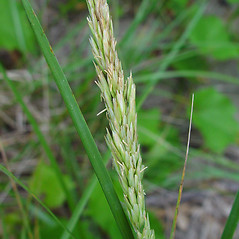 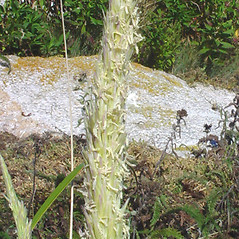 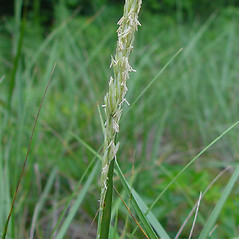 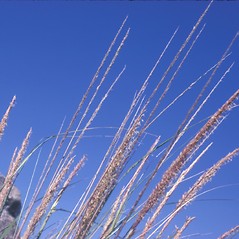 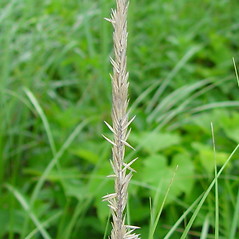 American beach grass is a dominant species of sandy ocean and lake beaches and coastal dunes. There are two subspecies in our region, one of which (Ammophila breviligulata ssp. champlainensis) is found only on Lake Champlain, Vermont and is rare. The other is native to coastal dunes and beaches, but has sometimes been planted as a sand stabilizer in inland locations. For instance, in the early 1800's, residents of Truro, MA were required to plant it on their property to bind the sand.

Awn on glume
the glume has no awn

One or more florets
there is one floret per spikelet

Yes and no (some introduced)

American beach grass.  1a. Ammophila champlainensis Seymour • CT, MA, ME, NH, RI, VT.  Coastal dunes and beaches, sandy lake beaches. Ammophila champlainensis has been treated by many past authors as an endemic of Lake Champlain. However, there has  been tremendous disagreement over how to treat inland vs. coastal populations of Ammophila breviligulata, because inland populations resembling A. champlainensis also occur around the Great Lakes, in the Saint Lawrence River Valley, and at Lac Saint-Jean.  A recent study by Delisle-Oldham et al. (2008) looked at the A. breviligulata complex throughout eastern North America and recommended treating it as one polymorphic  species (noting that Lake Champlain populations were the most distinctive group). Their  study relied on seven important morphological characters, but phenology and DNA sequence data were not analyzed (note that both of these latter data sets show inland populations  of A. champlainensis are distinct from A. breviligulata of the Atlantic coast). Despite the  fact that their study shows overlap in all morphological characteristics when populations  are examined range-wide, the taxa found in New England are known to be genetically different and flower at different times (as further evidenced by common garden experiments). Therefore, A. champlainensis is recognized here, albeit at a lower rank.

1b.  Plants flowering in late July through September, restricted to Atlantic coast beaches and dunes (except where introduced); inflorescence (14.3–) 21–36.5 cm tall; glumes acuminate at apex, the lower one (7.5–) 11–13 mm long … 1b. A. breviligulata ssp. breviligulata

Subspecies champlainensis is known from VT and is of regional conservation concern.  It occurs on sand beaches of lower (i.e., northern) Lake Champlain. Subspecies breviligulata   is known from CT, MA, ME, NH, RI, VT. It is native to coastal dunes and beaches but has been introduced as a sand stabilizer to some inland locations (e.g., VT).