Hybrids can form between species of Lespedeza. This happens most often when two or more species grow together in large populations. You can spot the hybrids by looking for several clues. If one of the two species has a spreading growth form and the other one is upright, look for plants with stems that are gradually ascending. If a white-flowered and a purple-flowered species grow together, look for individuals with pink flowers. If all of the species growing together are native, look for plants with mature fruits that are about one and a half times the length of the calyx. This is because all of our native species either have short fruits as long as the calyx, or fruits that are at least twice as long. References: Clewell (1966), Raveill (2006). 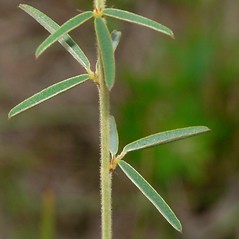 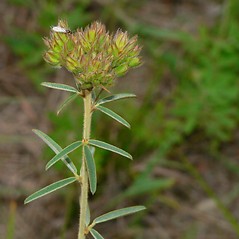